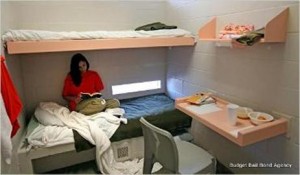 In General, How Should I Start the Process of Selecting a Bail Bond Agent

When a person is arrested for a misdemeanor there is usually a “bond schedule” that sets the bail amount or, if the arrest was made on a warrant, the warrant will specify the amount of bail. If the person is arrested for a felony he is usually held, sometimes as long as 72 hours, until an arraignment can be conducted either in person or by video. It is during this arraignment when a person is told specifically what they are being charged with, a plea is entered by the person accused (defendant) and the amount, type and conditions of bail are set.

Sometimes, a judge will only release a defendant on a surety (or bail) bond or sets a “10%” deposit bond in an amount higher than a defendant or his family is able to pay in cash. In these cases, a defendant and his family members will often need to select a bail bond agent to help post bail. Also known as a bail bondsman, a bail agent’s job is to pledge the amount of the bail by entering into a contract with the court after entering into a contract with the 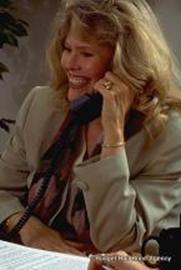 defendant and his family.

¨ First, perform a Google search for local bonds agents.   Remember, having the top ad doesn’t automatically mean the best, you will need to speak to the underwriters to see if you feel “comfortable” with that particular agency. Remember, this is a business transaction and both sides should be polite and work together for a “good fit”.

¨ Check with the courthouse or jail; most maintain a list of local bail bond agents; many counties now publish their “Bail Bond Agent List” online to make it easy for the public to contact the agency of their choice. The agents on such a list have supplied the court with information about their bail bond agency and agents as well as whether or not they use an insurance company. The list will also provide telephone number in addition to the name of the insurance company used by the agency.

¨ In most states it is a criminal offense for correction officers (jailors), police, and court employees to refer a specific bail bond agency or agent, you don’t want to get involved in possibly being required to go to court yourself so steer clear of any situation like that. Keep in mind that if someone engages in illegal activity of one kind, how do you know where the line is drawn in other dealings with you or the court.

¨ Take inventory of what you have that can be used as collateral. Since the agent and their insurance company are providing the bail to the court, it may be necessary to have something of value to as collateral if the bond is very large. If the defendant fails to show at her court appearance, the collateral can be sold to cover the cost of the forfeited bond if the defendant is not returned to the court in the time allowed by law. 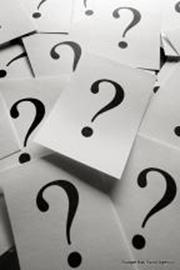 ¨ Determine what type of collateral various agents will accept, and select one who will take what you have to offer. Some agents will only use vehicles, titled property, or real estate as collateral, but others are willing to take stocks, bonds, credit cards, or other items of value. (Never use firearms or jewelry since they may be hard to trace and prove they are yours should you need to do so

¨ Read a copy of the contract you are asked to sign, asking for clarification if there are things you don’t understand. Ask for a copy of the contract and a receipt detailing the transaction showing how much money you have paid the bail agent as well as what you have provided for collateral. Keep in mind that the insurance company provides specific receipts for collateral and premiums paid with each bond that is given to a bail bond agent. These receipts provide the insurance company contact information as a protection to you should you need to contact them.

· Expect to pay a fee. Most agents are required by law to charge 10 percent of the bond as a fee and, if the bond is small, may charge a “gas”/travel/administrative fee in addition to collecting collateral. Additional charges will usually apply if the person is in jail in another state.

much quicker and can even use collateral in other states when, and if, necessary.