What If They Skip 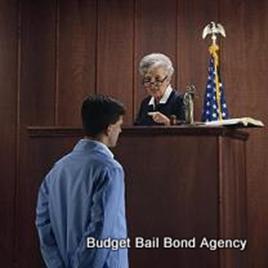 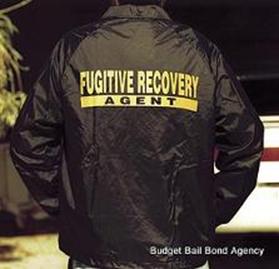 What Happens If the Person I Bail Out….”Skips”?

What if the Person I Bail Out Skips (Fails to Go to Court)?

The surety may arrest the defendant, or authorize a Bail Bond Fugitive Recovery Agent to do so for the purpose of surrendering him/ her into custody to ensure his/her future appearance. This extraordinary power of the bail agent is of ancient origin. When bail is given, the principal is regarded as delivered to the custody of his sureties. The following may be authorized to arrest a bail fugitive: A person contracted and authorized in writing by the bail agent to do so; a Bail Bond Fugitive Recovery Agent; or a licensed bail agent.

Remember, it is always in your best interest and, believe it or not, the best interest of the person you bailed out, for you to help get them back to court. This might mean that you talk them into meeting with representatives of the Bail Bond Agency or in going into the 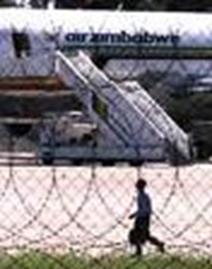 court to get things straightened out and hearings rescheduled. It will save you money in the long run since you are responsible for all the costs in returning or attempting to return the defendant to court.

More importantly, people who are “fugitives” are more likely to do things to jeopardize the lives and safety of themselves, law enforcement officials, and innocent bystanders in their attempts to avoid capture! So, in the long run, it is for the defendant’s own well being and that of innocent bystanders, that you should do everything possible to convince the defendant to meet with the bail agency representatives or to help the Fugitive Recovery Agents locate and return the defendant to custody.

If the Defendant Does Not Appear and the Court Orders a Forfeiture, Can it be Set Aside if He Later Appears?

A court will sometimes order bail forfeited on the defendant’s nonappearance, then vacate the forfeiture to reinstate the bail when the defendant appears and offers an explanation, suitable to the court, for the absence. Some instances of this would be the non-appearance because of death, illness, or insanity, or detention by civil or military authorities, and if the absence was not with the connivance of the bail (acquiescence of the bonding company to the absence). An example of illness would be where the defendant is confined to bed by reason of a doctor’s order.

If the Defendant Has Skipped Town, What Must the Bail Bond Fugitive Recovery Agent be Able to Show?

That he possesses the authority to arrest by virtue of satisfying any licensure requirements a state may impose upon such a person. Additionally, he or she must have in their possession proper documentation of authority to apprehend issued by the bail agent, which shall include the name of the individual authorized to apprehend the bail fugitive, the address of the principal office, the name and business address of the bail agency, or other party contracting with the individual authorized to apprehend a bail fugitive.

Is That Person a Bounty Hunter?

In a historical sense they were called a bounty hunter. The term does not fit the facts of today’s world, as they are acting under contract, remunerated by the bail agency, and are called Bail Bond Fugitive Recovery Agents. The bounty hunters of old are not the Bail Bond Fugitive Recovery Agents of today. Some jurisdictions, and some bail agents, require significant training and licensure of persons engaged in the recovery of bail absconders.

What Else May Happen When a Defendant Fails to Appear?

The court may issue a bench warrant for his apprehension and arrest for the failure to appear upon the underlying charge, which would thus be a separate offense, separate and distinct from the original criminal charge and would carry its own penalty. The appropriate agency will enter each bench warrant issued on a defendant for Failure to Appear into the national warrant system (National Crime Information Center (NCIC)).

If you Know Someone Who Has “Skipped”, Call Us, There May Be A Reward Offered!